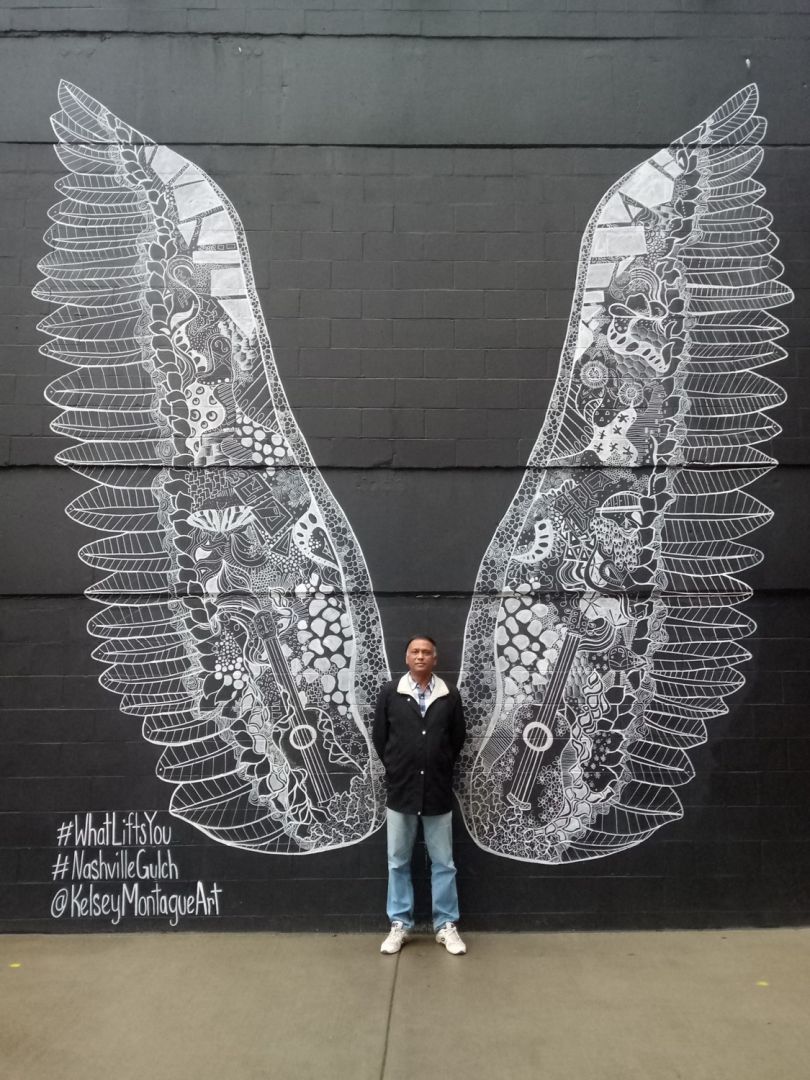 I am a very unlikely candidate for a writer let alone a poet. I’m an Engineer by qualification (Batch of 1989 in Electronics & Communication) and have been in Sales & Marketing in the early part of my career before delving into Human Resources and turning Entrepreneur. For the last 5 years I have been working for a Global Christian Organisation and this has been the best part of my life and career. Being at work and its challenges and commitments does not give me much time with Poetry but I make do with what I have.

My love affair with Poetry began while I was in college and I first started writing Couplets in Hindi / Urdu (called SHER). English has been part of life since early childhood, be it the schooling medium or the Church we went to as we grew up. The King James Bible and the Methodist Hymnal have had major literary influences on me.

At the same time minimalism and micro-poetry have fascinated me. A few years back I started writing what I used to call as ‘ZEN DOZEN’ – 4 lined poems with 3 words in each line. All things Japanese too held a lot of fascination for me. I had been an ardent Bonsai practitioner for many years before giving it up as I couldn’t spare the time that was needed. I am an avid photographer as well.

At the core of my being is my Love relationship with my Lord Jesus Christ (some call it Religion) and it influences everything I do.

The Pandemic initiated me into Haiku and Facebook fuelled this flickering flame into a raging inferno. I was informally initiated into the Formal 5-7-5 style of Haiku and find great joy in it. No, I do not despise the shorter forms or the longer (Newlyn Haiku) ones. I am currently enjoying the ‘Anserine’ poetic form initiated by Keith Evetts.

Beyond the 17 syllables I impose no other restrictions on my writing. I have regularly used Pictures to enhance the Haiku experience as I feel they provide the contextual background from which the Haiku blooms. I have nothing against those who don’t use pictures and I’d rather complement them for taking on the daunting task. Also I am unapologetic about using adjectives and rhymes and in fact greatly delight in doing so.

Most of my Haiku tend to be rather simplistic and often motivational. Even though I primarily write Haiku for myself, I believe that keeping them simple, makes it easy for them to be comprehended and appreciated. However, one important aspect of my Haiku composition is the “Emotive appeal”. The spirit is the same as that of the cutting third line of the Haiku but I do not believe in restricting it to the last line.

It is indeed a pleasure and a delight to be part of a creative writing group like TDH. Being surrounded by like minded folks whose works I can appreciate and who can reciprocate the joy makes it so much more worthwhile. I do love responding with Haiku replies to the Posts of friends in the group.

The biggest takeaway is the huge variety of creativity that flows unceasingly. To savor so many perspectives is simply delightful. I am also glad that here at TDH we are lenient with the occasional longer versions of poems. It is also touching to see people open their hearts out to each other, knowing that they will be understood. It is also such a joy to see the therapeutic side effects of a writing group such as TDH.

The first one is my take on Basho’s Frog

Awkward on the land

Into Autumn’s time and space

In conclusion I would like to say that Haiku has brought so much joy into my life and on the down side, made my regular conversations challenging, as I tend to slide into verse unintentionally much to my embarrassment.

Thanks, Amanda for making this happen. My privilege indeed.