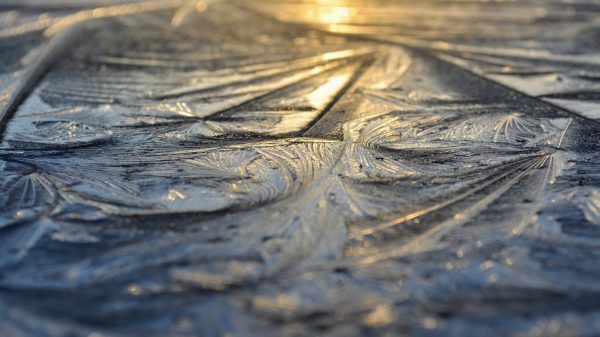 1. Introduce yourself (include any previous writing experience if any)?

Introductions are clumsy things. I understand the need for them but I can’t help but feel like a badly decorated Christmas tree assorted with labels that rest uneasily on my shoulders. I’m the husband to an incredibly brilliant woman and a father to a beautiful three-year-old son. Later this month, I’ll become the father of a little baby girl, too. I am 41 years old and currently live near Cape Town, South Africa. I work as a software developer for a company in Canada and I hope – once Covid-19 is a bit more subdued – to be joining their company in British Columbia. Before returning to South Africa, my wife and I spent 6 years living in Mie Prefecture, Japan. In fact, our son was “Made in Japan”. I also consider myself to be the world’s worst minimalist.

I have little-to-none writing experience but I find writing cathartic and have often threatened to write more. Then, near the end of last year, I started playing a video game called Ghost of Tsushima. Haiku featured as an element in the game and I thought to myself, “17 syllables. That sounds like a minimalist writing style that I can commit to.” So, I resolved – as my 2021 New Year’s Resolution, to write a haiku each day.

I started a Facebook page called 外国人が俳句を (which means, “A foreigner doing haiku”) where I tried to write English-Japanese haiku. A member of The Daily Haiku (TDH), Chris Ryall recommended me to this group, and I’m glad he did. I hardly write on my haiku page at the moment, but as you can probably tell, I’m taking full advantage of the opportunity to contribute at TDH.
Since December 23rd, I’ve written 84 haiku; many of which I’ve shared on TDH.

2. How do you approach writing haiku? (chance to offer some insights into your writing process, whether you include visual and other material?

Because of my personal connection with Japan, I hope to become good at the more traditional form of haiku characterized by 17 syllables or less, a seasonal reference, and juxtaposition. (Having said that, I love the freedom of not having to include a season word as well.)

Otherwise, my process is to observe the simple things in my environment that mark the passing of the seasons and wonder about how these simple images can be used to convey something beyond the literal.

By illustration, it’s early autumn in South Africa and under a nearby oak tree, I found myself standing on acorns that weren’t there 2 weeks ago. In a sense, I meditate on the acorn as my seasonal anchor, and explore what we can learn from it, what about it is surprising, or what quality about it is admirable?

Oh, to be buried,
and then soon forgotten;
the young acorn’s dream.

This can offer many things to many people. It starts with what for many people is an existential fear but then flips it into a story of hope. Hope for the acorn but, perhaps, hope for us too, that when we do lie in the earth, it might be a new beginning.

3. What do you enjoy about being a member of The Daily Haiku group?

Honestly, there’s a lot to love. I love that it’s a place where I can share my writing and can learn from the writing of others. I really like how welcoming the group is and how inclusive it is of all kinds of styles; haiku of course, but also other short forms. In my view, TDH is not a haiku group; it’s a community that orbits around haiku as a theme. A Facebook group that is a community first is rare and incredibly special.

I also like that – in a world of echo-chambers – this group transcends age. I love that there are many avid writers in their seventies and eighties (and hopefully older)! It’s lovely to hear what the older generations are thinking and feeling; regardless of whether I agree or not.

4. Do you have any comments on the wellbeing aspect of being part of a creative writing group?


In addition to the catharsis aspect that I mentioned earlier, haiku has definitely sensitized me to subtle variations in nature and the seasons. This, for me, is wonderful in itself as I’m old enough to know that, without this sensitivity, the seasons and the years will pass unnoticed.
But probably the greatest part of being a member of TDH is the opportunity to learn from masters of haiku. Sometimes, these masters have been writing haiku for decades and have distilled the artform. And, sometimes, we novices stumble into mastery and revel in it; all the more grateful; knowing that it’s fleeting.

5. Do pick out two of your favourite haiku that you have written?

If Facebook reactions are anything to go by, my most popular haiku has been:

A toad
in the beak of a crane;
smiling.

This haiku reflects on the inevitability of death and how, rather than escaping it, we should strive – like the toad – to greet death with a smile. (How we do that, is left to the reader.)
My personal favorite haiku is a muki (seasonless haiku) that passed more-or-less unnoticed on TDH:

Something lost returns
with each soft undulation;
at the water’s edge.

To me, this speaks powerfully of the amazing restorative abilities of the ocean, lakes, and rivers; and reminds me of the times I’ve walked beside the waves, looking for answers and finding part of my soul restored.

6. Do also please add any other comments/images etc about contributing haiku to the group and anything else you want to highlight.

As a final thought, I’d like to make an observation. The most beautiful haiku, to me, are not necessarily those that check the 17-syllables, 1 season word, and juxtaposition checklist. However, sometimes, these elements can be combined in a way that provides a deep unexpected insight that has been hiding in plain sight. I’m still very much a baby in the haiku world, but with practice, I hope to learn to combine these elements to make the ordinary extraordinary.